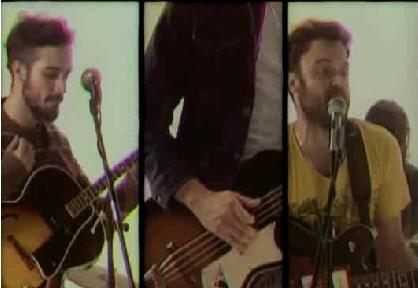 Little Joy‘s latest self titled debut made quite the buzz in the indie rock scene, upon it’s recent release, gaining quite a lot of positive buzz. Maybe that’s, also, partly because it’s Fabrizio Morreti’s side project, and the swarms that make up The Strokes fan base floked to listen to it. An awesome, feel good album, nonetheless.

The lead single, “No One’s Better Sake,” makes up for a great party starter – too bad summer’s both long gone and way ahead, this time of year. The video, itself, is made up to look like one of those ’70s lameass TV shows, fact amplified by the Devendra Banhart cameo (quite the treat). Check out the video bellow, as well as the MP3 of the song. [VIA P4K TV]