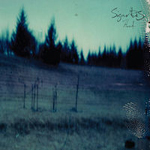 After playing with the same music and influences for a over a decade, Icelandic post-rock fine musicians Sigur Rós, a lot of people might think that a change might come as a dose of fresh air, for both the band and fans alike. I’m not saying that, during their five records career, they’ve become boring or anything like that, God knows I’ve yet to go weary of Jon Birgisson‘s falsettos, but with their ever expanding discography it’s beginning to get ever so hard to differentiate new albums from previous work. The evolution in their music that I’ve been craving for so long did not come (I’m still hoping), but neither did I expected it to happen in “Hvarf/Heim“, considering it’s a double EP compilating unreleased previously made songs and live versions of their hit singles.

Sigur Rós also released, in the same day as Hvarf/Heim, a live film-cum-documentary, entitled Heima (At Home), a double DVD set about Sigur Rós’ tour around Iceland in the summer of 2006. But Hvarf/Heim isn’t a soundtrack to the DVD set, instead you can consider it as a must-have companion to the film. It’s a bit complicated and I hate dwelling into marketing details, so lets stick to the matter at hand: the new split double EP.The title of the first, Hvarf, translates appropriately as “disappeared,” as its five tracks are new recordings of lost songs from various points in Sigur Rós’ history. An alternative translation of “Hvarf” is “haven,” which ties into the title of the second portion of this release, Heim, or “home.” Heim’s six tracks are live acoustic versions of songs culled from all four of the band’s studio albums, recorded in Iceland during the band’s 2006 and 2007 tours.

Let’s start off with Hvarf. It debuts with “Salka,” in which Jon Birgisson’s falsetto breaks through light snare hits and soft guitar noodling; it’s a true gem, with Jon’s vocals at his best. Considering Salka and the next two tracks “Hljomalind” and “I Gaer” haven’t been released or heard for that matter, on any material makes me wonder what other treasures the Icelandics keep locked away. “Hljomalind” can be consider the most commercial song out of the whole bunch of songs and it’s the closest the band could get to pop, with traditional instruments, backed by a cascade of down beat synths and climaxed when the ultra catchy chorus breaks loose.

“I Gaer” (Yesterday) is definitely my personal favorite, probably because I love light-dark, soft-heavy, silent-loud alternates. It starts off like in a fairytale soundtrack with twinkling xylophones, before taking a much darker turn with huge walls of guitars piled on top of another; it’s like nothing they’ve put out before. However the stand out song from the both Hvarf and Heim is clearly “Von,” (Hope) their smashing hit single, from their debut album with the same name, a beautiful 9 minutes that ebbs and flows just gloriously. Hvarf comes to a epic close with “Hafsól,” a slow burning song that almost hits the 13 minutes mark, relying less on traditional instruments, but rather on samples, zen garden like calming sounds and melodic whispers.

As we progress into the Heim, the live leg of the record, we stumbleupon “Samskeyti” or “Untitled 3”, from the band’s third album, the cryptically titled (). It’s dazzling instrumental , with minor-keyed accordion notes give way to recurring major-key classical piano arpeggios, and it all spirals upward from there. Samskeyti provides a excellent opener for one of the most beautiful song the band has ever made: “Starálfur” (Staring Elf). It’s a real rare track performed live, providing a moment of magic from start to finish. It’s a lot warmer then the original studio version, Jon’s Vonlenska (the gibberish language invented by the band) vocals, although meaningless, hit you very hard. From the beginning those piano notes start rolling in you can feel a cold shiver down your spine and a sudden warmth in your heart. Few bands have the ability to do so.

“Vaka” or “Untitled 1,” from (), sounds again even more blissful and magical then the original, while “Ágætis Byrjun” (some of you may recognize it from the Vanilla Sky soundtrack) the most beautiful song from the same titled second album, makes the most upfront use of the acoustic guitar, but a melodic piano part is the focus; again this is another song rarely seen live. “Heysátan,” (errr sounds like death metal lol) makes a great interlude, providing a calm and serene experience. Hvarf/Heim finally comes to a end with the same “Von,” but this time it’s a live version. You can almost picture yourself amongst the breathless crowd.

“Hvarf/Heim” will definitely get some first time listeners into Sigur Rós, providing a compilation of their most representative work till date. The record, much like the rest of their music is meant to be felt, not listened; it’s no wonder they went around making their own language for their music. Perhaps the next Sigur Rós album proper will depart from the template and hopefully will innovate a bit, until then trip to Hvarf/Heim.