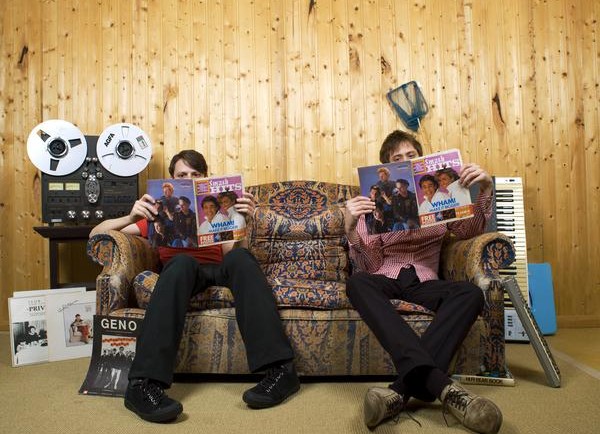 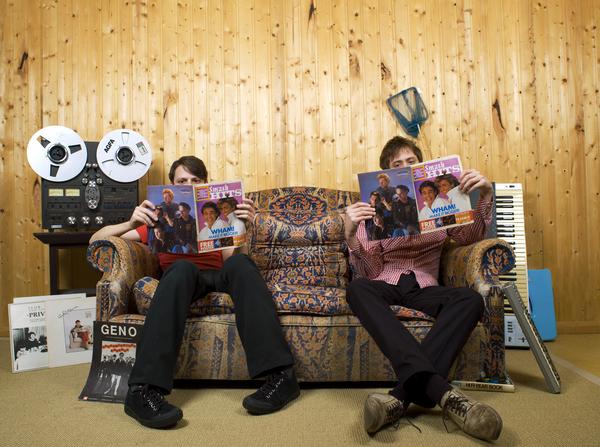 This name should ring a bell by now. They’re from the UK and have already released three 7″ singles and two albums – “The Best Party Ever” in 2005 and “The Law of the Playground” earlier this year (march 9th in the UK and april 14th in the USA). The band is actually just two members: Peter Hobbs and Jof Owen. Jof writes all of the lyrics and is the voice you hear in their songs and Peter writes all of their music and plays all the instruments. When they perform live, they call some of their friends, who play their songs with them.

The first album was quite the success. “Be Gentle With Me” is probably the most famous track from it. It has also been used in some commercials (for example in the Orange Ad – where a pair of hands creates different objects and events in sand). But also “Monsters” or “Hugging My Grudge”. For this debut album, they got quite nice reviews worldwide:”The boy least likely to’s child’s eye perspective on english anorak pop, sunny west coast harmonies, belle and sebastiany folk, country, and soul, is now certifiably theirs, just theirs” says Pitchfork. The album was also included in the Pitchfork top 50 albums of 2005! You can view the entire Top here.

“If all your childhood stuffed animals got together and started a band, it might sound like the boy least likely to” – states the Rolling Stone Magazine, which has also included them in the top ten bands of 2006.

“The only true twee pop heirs to belle and sebastian” by the Spin magazine.

And if you don’t believe it, just go to their official website to check them out, or simply enter their Myspace and listen to some of their tunes. You’ll be carried away by their very playful keyboards and mix of guitars, glockenspiele and xylophones, which somehow wind up sustaining pretty serious lyrics. I guess that’s their contradiction.

The second album could very well be named the second part of their debut work, though. It follows the same pattern so you could easily get bored, because you’ll hear the same sounds, just different lyrics and concepts. You will not find the originality you so admired on their first album through “Be Gentle With Me” or “Paper Cuts”. However!! You should most definitely listen to it, as it is, as I said, filled with the same enthusiasm and playful sounds. So they still go well for the introduction to a party.

The band had their last show for this summer on July 11th, so if you missed it you’ll have to wait until September. Until then, you can go here and by their last album, or here for their debut album. You tell me if the second one has something new and groundbreaking. Maybe I missed it!