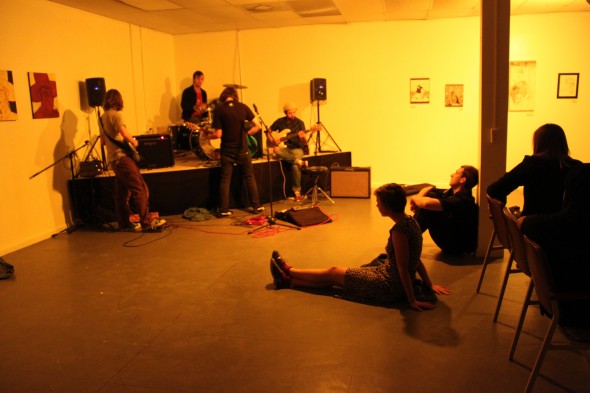 Coma Cinema is a very eery South Carolina collective project led by local scene figure, the talented Mat Cothran. The band just recently released their debut album, a free demo compilation of 14 songs recorded from 2005 to 2009, titled “Baby Prayers“, on their web site where it’s available for free download. There’s a certain vibe of nostalgia and dreamy atmosphere that revolves around their music, something I can’t really put into words. Heck, must mean their doing a good job expressing themselves, so I’ll just leave you with their latest video for “Flower Pills”, one of Baby Prayers’ standout tracks. [photo courtesy of greenvillepresents.com]