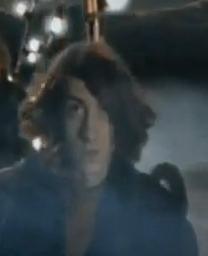 Being both a huge Josh Homme and Arctic Monkeys fan, it’s impossible for me not to love this neo-psychedelia bomb. Adventurous and murky, “Crying Lightning” is a brilliant move forward by the monkeys. Oh, yes, this is gonna be a terribly interesting album – the third in the Arctic Monkeys catalog.

Not too interesting of a video for Crying Lightning , though. Just the band, with increasing hair issues (somebody should tell Alex Turner the Jimmy Page look doesn’t suit him that well) playing the song on a boat, and … that’s about it! I would’ve expected a video with at least a degree of imagination for this smashing song. Terribly disappointed of the director’s poor vision. Alas, it’s better to have a rockin’ song with a lameass video than the opposite.

“Humbug“, the new Arctic Monkeys record, will land on the 24th of August via Domino Records/Warner Bros. Also be sure not to miss the Arctic Monkeys on their upcoming tour.