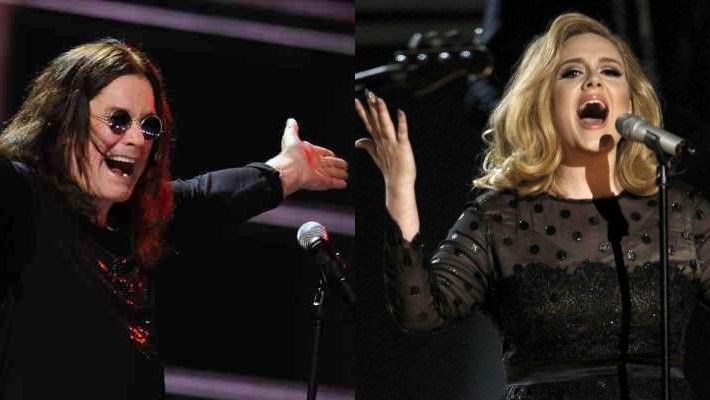 I’m pretty sure Ozzy Osborne is going to outlive the entire human species, especially considering how his genome actually mutated and now thrives on alcohol, but apparently, he only has one thing let on his bucket list: a collaboration with Adele.

He was discussing Black Sabbath producer Rick Rubin‘s involvement in their new record when he mentioned this. He also praised Rubin on his work, despite heavy criticism the producer has got, especially from the likes of Slipknot – Corey Taylor said Rubin would only show up for 45 minutes per week while recording their album “Vol. 3: (The Subliminal Verses)” and swore he would never work with the producer again. But Ozzy tells a different tale:

“People were telling us that he’s always got five things going on at the same time, so he’ll be in there one day and then you won’t see him for three weeks,” said Ozzy. “All I can say is that whenever I was in the studio, he was there. Rick Rubin is the producer and he knows what he’s doing. If this is anywhere near as successful as the Adele album [which Rubin co-produced], I’ll be happy!”

Wow, can you even imagine how a song from Ozzy and Adele would sound – aside from absolutely awesome? I’m really excited, hope this turns to reality soon.

In case you don’t know, Black Sabbath are preparing for their first album in 35 years, after which they will also tour.