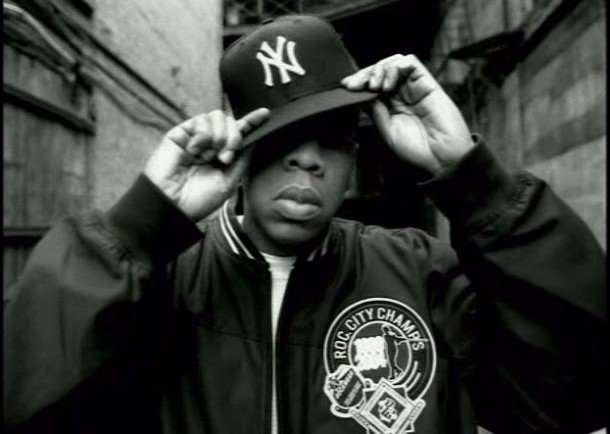 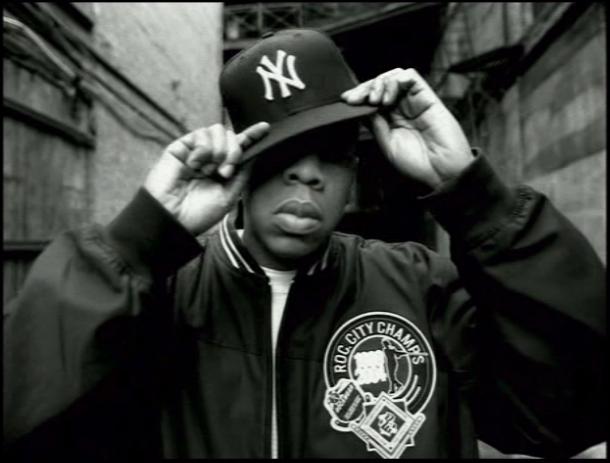 The thing about Rick Rubin is that he’s concurrently the most and least talented producer of the Aughts. It’d be fascinating if he weren’t so sought after and considered a sultan of sorts. But since he is, it’s horribly irritating because you never know what the results are gonna be, whether he’s producing an entire album of sparse yet hard-hitting beats, masterminding a phenomenal comeback record, ruining Weezer or pushing an already influential thrash metal band to create a perpetually simmering turd. Whatever the case, his unbridled penchant for unpredictability – intentional or not – is frustrating for the very reason that it’s simultaneously the source of his greatest strength and his greatest weakness.

For “99 Problems” he took a risk on two different levels, it’s that simple. First, Rubin and Jay-Z hadn’t worked together before this collaboration so it wasn’t clear if this would work at all. Second, Rubin hadn’t produced anything in rap in years so he was out of practice. And, really do co-producing a Rage album or working on Loud Rocks honestly count? Of course, this may explain the song’s gritty immediacy as well as its explosive nature. Rubin wanted to prove to the rap world – indeed, the music world in general – that he still had it. As for structure, the song’s chorus borrows from the original “99 Problems.” It also samples the beat and guitar riff from “The Big Beat,” as well as subtle uses of “Long Red” and “Get Me Back On Time, Engine No. 9.” The staccato clap-clap gunfire production Rubin delivers here was unlike anything Mr. Carter had ever rapped over.

The song’s greatness isn’t just based upon Rubin’s expertise, though. It’s also based upon – perhaps even more so – Jay’s stellar lyricism. The song’s endlessly quotable, and, more importantly, verse two is the most outstanding verse of 2004. I won’t include the whole thing but here’s a sample wherein Jay imagines a semi-friendly chat between himself and an officer after he’s stopped:

“Well you was doin’ fifty-five in the fifty-four
License and registration and step out of the car
Are you carrying a weapon on you? I know a lot of you are”
I ain’t stepping out of shit, all my papers legit
“Well do you mind if I look around the car a little bit?”
Well, my glove compartment is locked, so is the trunk in the back
and I know my rights, so you gon’ need a warrant for that.
“Aren’t you sharp as a tack! You some type of lawyer or something
somebody important or something?”
I ain’t passed the bar, but I know a little bit,
enough that you won’t illegally search my shit

I grin like an idiot every time I hear that, just as I’m sure Jay  did when he was recording it. But that’s not all. He also uses his trademark word-play:

now once upon a time not too long ago
a nigga like myself had to strong-arm a ho;
this is not a ho in the sense of having a pussy,
but a pussy having no goddamn sense – try and push me

As well as his unparalleled ability to craft punchlines:

you know the type: loud as a motorbike
but wouldn’t bust a grape in a fruit fight

And, finally, Jay’s gift of making a simple point:

rap critics that say he’s “money, cash, hoes”
I’m from the hood, stupid – what type of facts are those?
if you grew up with holes in your zapper toes
you’d celebrate the minute you was having dough

The four-minute track has everything you’d ever want out of a Jay-Z song: humor, imagination, flow, and a dash of ego. It’s also got everything you’d ever want out of Rick Rubin: minimalist production that’s somehow both immediate and distant, a track where its aggregate parts are both stockpiled on the surface and hidden below each other. Think Kanye meets the Bomb Squad. “99 Problems” is the product of two mavens in their respective fields coming together to create this masterpiece, a crown jewel of both careers. As Jay succinctly puts it at the end of the song, “You’re crazy for this one, Rick.” Indeed.