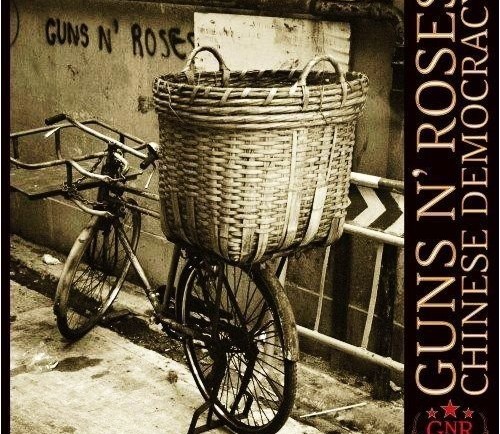 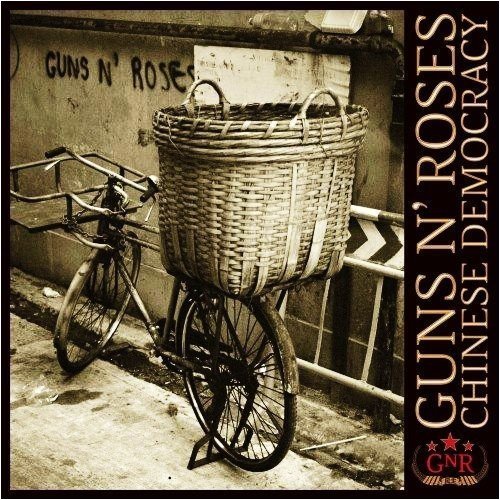 Yes, I know how divisive Chinese Demoracy was. Unlike critics who were, let’s say, blinded by the audacity of this monumental clusterfuck, I actually found the album passable. Barely so, but passable nonetheless. In the review, I argued that the one saving grace of Democracy was the collection of slower, epic songs, as the rockers were basically, um, garbage.

And of all the….compositions on the record, the best of them all is easily “There Was A Time.” It’s not even close. That said, it wasn’t released as a single or, at least in Madison, receive any radio support at all. Which is a shame because, as I stated last November, the song is “the only point in this hour-long excursion where Rose sounds like the Rose of old.” Similarly, it’s the one GN’R song on the album that actually sounds like (classic) GN’R: there’s a ninety-second guitar solo (more on that later), piano, a mention of cocaine and, most importantly, an overall bitterly cynical tone.

Speaking of which, “Time” is not only the album’s most honest song, but also it’s most telling. The song’s lyrics discuss the love of (presumably) Axl’s life who was perfect in his eyes but then reality set in and he realized what a terrible person she was*. But the relationship chronicled here could also be seen as Axl trying to describe his feeling towards his fans and maybe even Geffen Records: At one point, Axl’s life in the limelight was a “bargain for the summer” that later became “the wrong time for [him]” as well as his fans due to his increasingly erratic behavior coupled with a complete failure to play well with others. Indeed, as he recalls the past in the song he reluctantly admits, “But I don’t want to know it now/ ‘Cause knowing you, it won’t change a damn thing/ But there was a time.” He knows that both parties – though he mostly blames anyone but himself – at one point in their respective lives were compatible in the relationship, but now it’s all gone to shit and neither side is willing to do anything about it. The real key to the song, along with any great song, is its universal appeal. Here, the lyrics are relatable to just about anyone who’s ever been in any kind of relationship, romantic or otherwise.

Yet, the actual reason this song is worth your time is one hell of a coda guitar solo. The solo – which is actually two smashed together, played by Robin Finck and Buckethead – almost makes up for Slash’s absence on the seventy-one minute jaunt. It starts out as a flashy, blues-based jam, just as Slash woulda done, then transforms into a orgasmic finger-spasm complete with pedal effects before finally returning to its former self. And as with the lyrics, the solo tells a story: soaring promise begins the journey before the relationship starts to nosedive, coming very close to crashing. Its course is righted just before tragedy strikes but its passenger isn’t the same. There’s a permanent change.

The song does have its downsides, to be sure, but the two issues with the song amount to nitpicking. First, it doesn’t need the computerized beat at the beginning. It dates the song and adds nothing to it. Second, the song, as with the entire album, is so overproduced that it’s as if Rose wants to “cram it down [the listeners’] throats in some sort of bizarre fist-fucking ritual.”

For an album that many (including myself) thought would never materialize, Chinese Democracy leaves quite the impression just with one song. “There Was A Time” reminds us GN’R fans that the band is still of the best in rock, provided Axl  stops being the Axl of the last decade or so. He’s still a visionary songwriter, as about half of Democracy proves, and with “Time” alone he gives us hope for future GN’R releases. That is, if he doesn’t take another fifteen years to put something out.

* It seems that many on the interwebs speculate that this song is about Stephanie Seymour.