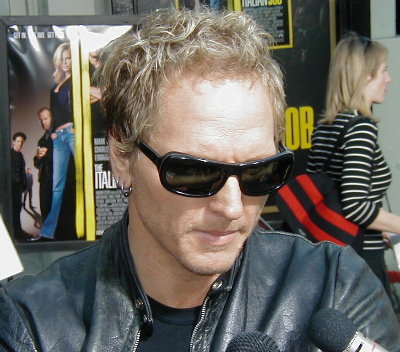 Well holding a super rock group together can definetly be a challenge, especially when you’ve got Scott Weiland there. To be quite frank, it’s a surprise for me that they lasted so long together.

But now, pressure’s starting: The Stone Temple Pilots are planning a reunion tour, Slash is preparing a new solo release, and many other things. Anyway, Scott Weiland stunned fans at last Thursday’s (March 20) VR concert in Glasgow, Scotland, UK by dropping a huge hint the band’s time may be up.

He told the sell-out crowd:

“You’re watching something special… the last tour by Velvet Revolver.”

At that moment, probably everybody there was something “wait, what ?!”; but the man didn’t stop here. After they played ‘Fall to Pieces’, he left the scene. After a while, Duff McKagan came out with the rest of the band and sang ‘It’s So Easy’. Scott shows up about half way through, sang really half-assed then gone again… Sweet!

“So last night was interesting. Had a little band turmoil on stage, as you probably all could tell.
“Being in a band is a lot like being in a relationship. Sometimes you just don’t get along. I guess there has been more turmoil lately, I guess, with the cancellations and all. It has been frustrating, I am not going to lie.
“My career and life in rock ‘n’ roll has come with its ups and downs. Unfortunately, some people in this business don’t realize how great of a life they have. Touring the world, meeting great people and fans all over the world. And just playing music for a living. I feel truly blessed. But sometimes the road can be draining for some. Being away from home and family does grind on you sometimes. With all the travelling and different beds. Personally, I love this shit and sometimes can’t believe I am so lucky to still be doing what I do for a living.

Well… dudes… Is this GnR all over again? Oh btw, I’m still waiting for Chinese democracy.