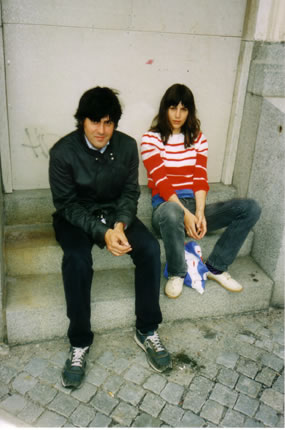 [tag]The Fiery Furnaces[/tag] is a Brooklyn based indie rock band, consisted of two very talented siblings: Matthew and Eleanor Friedberge. A real great band which i’ve been digging for a while now, but which most people confuse it for a [tag]White Stripes[/tag] look-alike, because of the similar garage rock/blues sound and also because Jack and Meg White were considered brother and sister(they’re actually a divorced couple). That’s entirely not true, their a very solid and great band, with distinct influences that every band experinces, but which is very unique. “Navy Nurse” is a great track of their upcoming sixth LP “Widow City”, due on October 9. The track opens up with a aggressive drum barrage and Jimmy Page like riffage, but which is soon followed by an assembly of flout, keys, and percussions, which together with Eleanor Friedberge’s dynamic and emotional vocals make it a must listen.