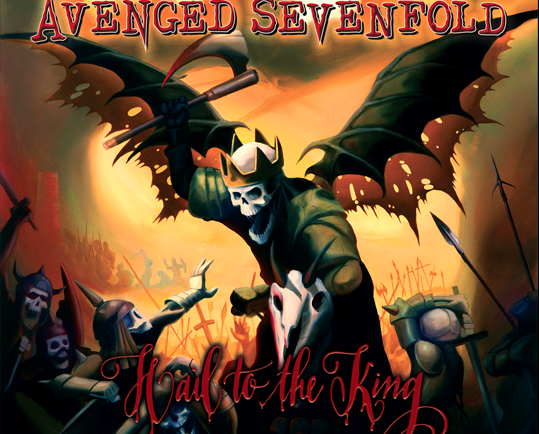 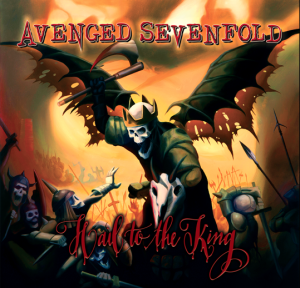 Source Not the best album artwork in the world

In a recent interview for Revolver, the lead guitarist from Avenged Sevenfold talks about their upcoming album, Hail To The King, which is set to be released on 27th August, and claims that this one is “biggest record by f–king far” (Ah, I like this guy).

I think our songwriting has improved by leaps and bounds. Sonically, this record is our biggest record by fucking far. When you turn this fucking thing on, it blasts your fucking head off.

It also seems that the rumor about ho Gates wanted to work on a new solo album, it was just a rumor:

I think I remember saying something like, “I can’t wait to do a fucking solo thing.” But no. Not no more.

I guess I used to think about it. Everybody kind of does. It’s not like my dreams have been deferred or they fucking passed away. I’m really excited about working with my best friends [in Avenged Sevenfold]. And when you buy a house and get a little success and start getting a little masturbatory and fucking around, doing your own science experiments, you get lonely doing that. I love being inspired by the rest of the guys. Avenged Sevenfold has never ceased to grow, in my mind and my imagination. So there’s really no point for me to go and do other things because it’s all right there.

Gates also got involved in this Master Class project, which is actually a forum where 10 contest winners will receive a master lesson from Synyster in Los Angeles. If you want to join the contest, all you have to do is to record your own solo over seven  backing tracks of  Avenged Sevenfold. If you’ll be selected the winner you could also win a special guitar, a tour, and some other things. 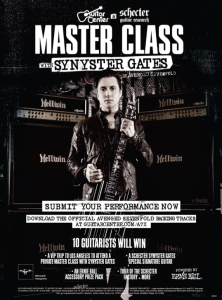 Talking about why Gates got involved in the Master Class project:

Well, I want to teach kids, but I want to do it in the correct platform. Guitar Center has just been really amazing to us and supportive. And they have the means to make it a bigger deal than I could ever make it. Doing it this way has a little more purpose than making a cheesy guitar video and have it YouTubed to everybody. I wanted to add a little bit of class and pizzazz to it and Guitar Center was definitely the right collaborator.

So you guys, better grab a guitar and start playing the best solo you’ve ever played, because I know what I’m gonna do these days. (I so want to go to LA).

Check out the video about Master Class below.