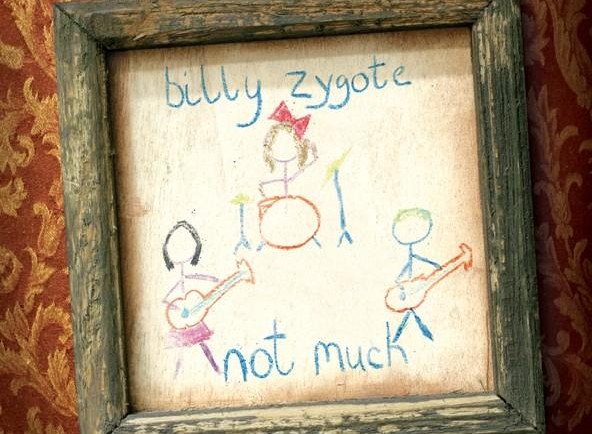 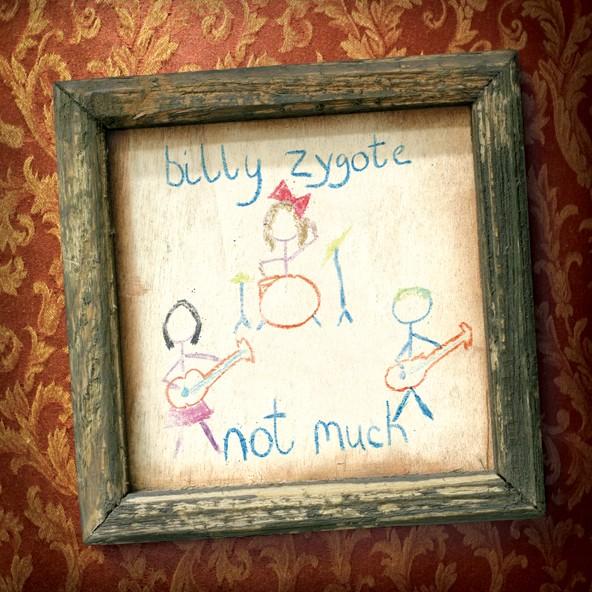 I received this CD free at a show but it’s definitely not one of those “free cds” that you usually get because, IT DOESN’T SUCK! Unsigned phenom Billy Zygote resides in Bloomington, IL and has been equated to pop rock candy.  I couldn’t get away from this analogy because they essentially are this. They make me want to dance in an odd white person way…just bouncing side to side.

Billy Zygote consists of Lindsay (bass/vocals), Melissa (drums/vocals) and Luke (guitar/vocals). According to their MySpace, they state their influences are: Sour Patch Kids, 85% cocoa dark chocolate and a taco bell kazoo; which couldn’t be more on point. Their music is literally as goofy as their MySpace page and I mean this in a good way!

Their album, Not Much, is upbeat, fun, and memorable. There are five tracks to this release: I Only Want to Love You, You’re So Mean, Go to Work, Monkey Banana, and I Know It’s A Good Idea which is the perfect size for our ADD culture. Their songs are quick and addicting…expect to be blasting their tunes over and over. They keep you craving more, like crack but remain wholesome so I will keep the unanimous comparison as pop rock candy.

The definite standouts from this album are: I only want to love you, you’re so mean and monkey banana.

Their esthetic is fairly simple which is why they are so good…their not overdoing it like most “indie” bands these days. Their mantra is fun while preserving their unique sound.

Fellow Bloomington band, Ohtis said that, “Billy Zygote is my favorite band in Bloomington-Normal. They’re so good, but they don’t tour, just play local shows for the most part, unfortunately.”

Ohtis is gaining a lot of praise with their recent Daytrotter sesh and their SXSW stint. Look for a feature/interview from me on ZME music early next week!

Via their MySpace, they note that their influences are: neutral milk hotel, built to spill, syd Barrett and Ween. Their local influences are: Ohtis, and Chicago Farmer, amongst others. If you recall I featured Chicago Farmer as my first article on ZME so there definitely is a sense of community with the artists in Bloomington-Normal, IL.

Billy Zygote has a “we’ll do it tomorrow” attitude which suits their music…their in it for the fun and because their damn good at it. Their not in it for the $ or fame which keeps their music down to earth and fucking great at the same time!

If you’re interested in purchasing any of their tunes you can definitely check out www.parsol.com for, Not Much.