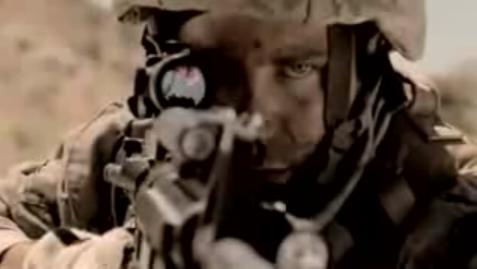 When we unveiled Metallica‘s first single off the new album, “The Day That Never Comes,” a few days ago the song was met with mixt feelings both by me and you, the readers of ZME. A part of me feels the song is quite good with some awesome pre-black album metal hooks, but the other part feels like this is just another black album re-hash with the same old riffs over and over again. Alas, “The Day That Never Comes” is pretty decent and Cyanide is even better, so expectations from “Death Magnetic” are not only getting higher, but also delivered.

Anyway, the band announced that they’ll be filming a video for The Day That Never Comes for some weeks now, and today it’s finally surfaced. The video was directed by Dane Thomas Vinterberg, and features the band playing in what seems a Iraqi desert, whilst a scene of everyday soldier life is presented. Death Magnetic is out September 29th.