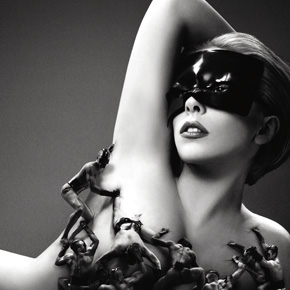 Source You know who this is

According to Forbes, Lady Gaga  has been named the most powerful person in the music industry. (What!) I was really curious, when am I going to hear something new about Lady Gaga, something shocking, because you all might know that she went trough a hip surgery, and she wasn’t able to do much.

It seems that Lady Gaga $80 million only between June 2012 until 2013, and maybe there would have been more if she wouldn’t get through that surgery and finish her Born This Way Ball Tour. And this isn’t the only reason for being no. 1, also her 38 million followers on Twitter ad 58 on Facebook were counted in order to gain this place.

Below is a list with top 10 most powerful musicians according to Forbes:

Also, Gaga was ranked #2 in the top 100 Forbes overall celebrity, where she was defeated by Oprah. What can I say, with all the bad things and the meat dresses, if it comes to money, I have to say that I wish I was Lady Gaga right now.

I don’t find shocking the thing that Gaga was ranked #1 in this top, what actually scares me are the guys from #2 to #10. What’s going on with this world?