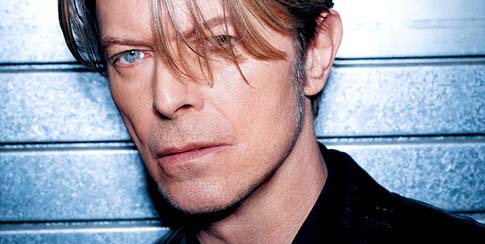 The Atlantic was a rocking it out last week, when a all star jam band, got together and decided to pay homage to the great [tag]David Bowie[/tag], who through four decades of music, provided a constant influence for young, emerging bands. As the title suggests all was staged on a cruise ship, where the group operated under the moniker ‘Oh, You Pretty Things,’ led by Ron Johnson and featuring the relatively reclusive Jon Fishman (Phish), Al Schnier (moe.), Dan Lebowitz (A.L.O.), Jeff Austin (Yonder Mountain String Band), Robert Walter (Greyboy Allstars), among others. But what’s a party without some crashers ?

Sure enough, the core group was joined at times by Ivan Neville, Grace Potter and Michael Franti, who surprised even the other musicians when he jumped onstage towards the end of “Let’s Dance” for a freestyle rap that eventually brought the impromptu jam back around to the chorus.

“It’s very much in the spirit of Jam Cruise that this whole thing came together,” Schnier tells Spinner. “We still have a surplus of songs. We still have six or seven songs that are ready to go.”