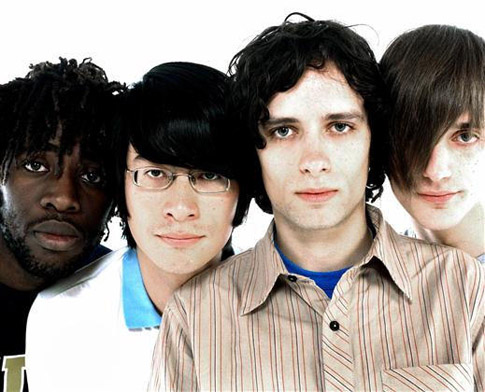 I wasn’t quite fond of [tag]Bloc Party[/tag]’s recent, sophomore release A Weekend In The City, not to say it was bad or anything, but I just believe the more experimental direction the band is heading to, isn’t to my liking. It seems like the third album, scheduled sometime at the end of this year (nothing has been announced, but you can expect it to be sometime later this year), will follow in its footsteps in terms of sound, from what I tan tell from their new track, at least. “Mercury” is Bloc Party’s latest single, probably the first from the yet to be announced third album. The song is really, really weird, both lyrically (That this could be the start of something truly real’/But all that I could say was, ‘hey’, /Was, ‘hey’, was, ‘hey’, was, ‘hey’) and musically, but at the same time it’s very catchy, with some great hooks masterfully used by Kele Okereke. Oh and if you thought the song was weird, wait till you check out the video. [thanks to PMA! for the mp3]