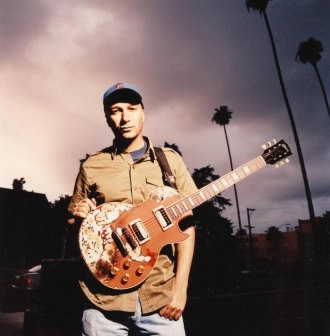 It’s a sad day for metal heads, folks. In a recent interview with Rolling Stone, Rage Against The Machine guitarist Tom Morello shared some of his honest, ice cold opinions about the band and the possibility of playing any concerts in the future. He went as far as to say that Rage Against the Machine will never perform again.

“Whether or not we ever play music again in any capacity is unknown. I’m grateful for the music we played together, and thank goodness the cameras were rolling.”
“If it were up to me, I would’ve made two records a year. As it is, we have just three records of original material over 20 years.”

“It was my great hope that we’d celebrate the 20th anniversary with a five-continent world tour. The reason why we’re doing this is very clear and simple: it’s for our fans, which I believe are the single most dedicated, wild in concert, and patient fans maybe in the history of rock music. It was past due that we really did something that honored their commitment to us over the course of 20 years.”

“Once a year, the band meets and very seriously discusses and turns down awesome offers to tour the world. That’s part of the program.”

When asked if he had a feeling about a certain concert being the last, he just laughed and said:

“Every show we’ve ever played might’ve been the last.”

So how do you feel? Is any hope of seeing them live just a dream, or are these just pessimistic, angry words?