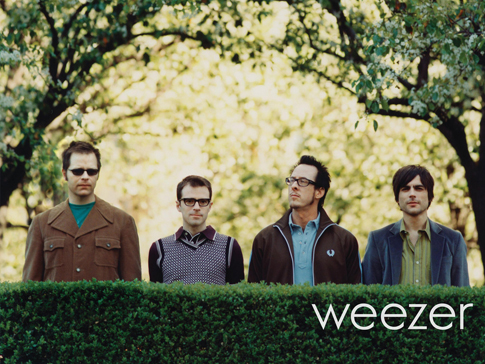 Although the previous news about Weezer‘s sixth album was not true, even the title Tout Ensemble was fake, that doesn’t mean the band won’t ever release the record. Actually frontman Rivers Cuomo just announced that the band has just finished recordings on the album and that it should be out in June. No word however on its title or other particular details, apart from the fact that Rivers described it as “meaty, crunchy and melodic”.What a great way to start the summer, right?

In a posting on the band’s MySpace, Cuomo said:

“We have one song left to mix and then it’s on to mastering. We should all be done very soon.

“The album will be out in June so with any luck you will hear a new Weezer song on the radio soon.”

The singer went on to cryptically reveal the title of the album’s first single, saying: “It’s one word, starts with a T, ends with an R and contains 12 letters.” Transformer?