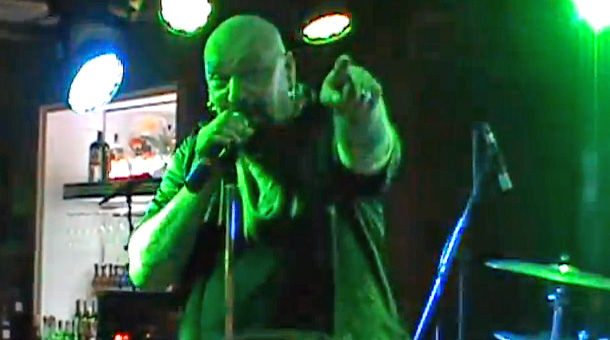 Former Iron Maiden frontman Paul di Anno is one of the baddest singers out there; he recently stopped the show at a concert in Ukraine after a member of the audience kept shouting Bruce Dickinson’s name.

But he was just started.

“This is punk. If you like Bruce Dickinson go home and listen to his records. Why did you buy a ticket, motherf–ker? This is real punk, man. This is what made Iron Maiden – not the money-making machine. If you don’t like me, f–k off. Better still – you want to fight? You’ll be sorry. I’m sorry, I didn’t say I was a nice guy. You f–k me up, I’ll kick your f–king ass.”

He then continued to sing one of the early Maiden songs, Running Free, describing it as the song that made Iron Maiden famous.

Di Anno, who just did time in prison for benefit fraud, was the frontman of Iron Maiden for their first two albums, until he was replaced due to drug abuse.