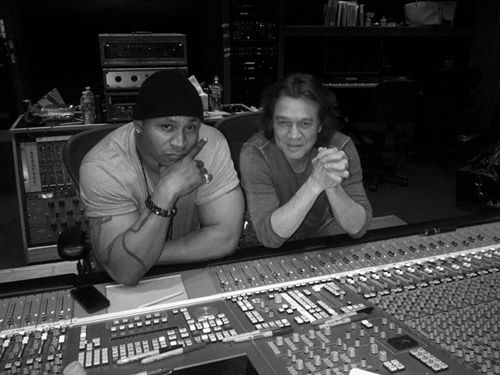 Eddie Van Halen and Rage Against The Machine guitarist Tom Morello will appear on a new album together – but take a wild guess on what the still of the album is going to be… I dare you!

Rapper LL Cool J is recruiting the guitar heroes to appear on his new album “Authentic”, where the legendary guitarists will appear on different tracks alongside other notable musicians. Van Halen is currently preparing to get back on the road with the band after a long pause will appear on the song “Getting Paper” while Morello will appear on “Whaddup” alongside Blink-182 drummer Travis Barker.

Perhaps this type of collaboration isn’t as weird as it seems at a first glance. Many rock guitarists have featured on rap albums – LL Cool J himself previously worked with Bon Jovi guitarist Richie Sambora for his album “Exit 13” in 2008.

Van Halen and Morello are not strangers to working outside of the rock genre either. In case you didn’t know, Van Halen is known for playing one of the most known licks in the world – the main lick from Michael Jackson’s “Beat It”