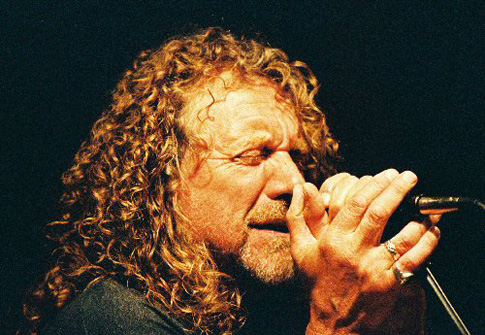 After each of the surviving members, John Paul Jones and Jimmy Page, each made a statement about the, now legendary, O2 reunion gig, it’s now time for the [tag]Led Zeppelin[/tag] frontman to give his take on the performance and the band in general. “Golden God” is the title of a recently published interview, in Esquire Magazine, in which Plant reveals all sorts of details about the show, the morning after the gig (December 11).

“It was ramshackle, casual, nervous, overblown, a little self-indulgent – it was all the things we ever were. We were the genuine thing last night.”

He added: “We’re not some ambivalent dross that pours into the charts by being some sort of valium for the middle-aged. It was a very decent and exciting visitation.”
Going even further into details, a shocking fact pops out, as Plant admits that the band didn’t do any pre-show warm-ups: “We did two songs at a soundcheck the day before, and they were pretty hot. But yesterday [December 10] I had to keep very, very quiet. I didn’t want to talk. I just lay in a dark room playing my little ukulele, going: “If I was in Mali, it wouldn’t be like this.”

After the gig Plant had only one thing on his mind, grabbing a drink.

The singer said: “I was trying to find the special brew. My children are always embarrassed when I get on the Tenant’s Super, and the other guys, well none of them drink. So I just had a drink, gave everybody big hugs, saw my family, took in a bit of, I guess, nostalgia.”

The whole evening turned into a trip down memory lane, as Robert recalls: “In the middle of all that effort, there were so many little flashbacks that I didn’t expect. I couldn’t put a form to a lot of it: it was just there. I thought: this is really cute, all these fucking old blokes huddled round John’s [Bonham] son.”

When put face to face with the delicate question of a possible Led word tour, Robert firmly denied any such rumors, instead stating that he’d rather like to concentrate on his upcoming tour alongside Alison Krauss. “I really enjoyed playing with my friends [Led Zeppelin], and we are a lot closer because of it. But the responsibility, the whole deal…it’s a whole different thing to what I’m doing with Alison.”

Plant then continued adding: “I was singing the same, better, last night. I could go to certain places. But with Alison, it’s not about that. It’s about being comely. That’s where I’m bound.”

Despite all this, I’m pretty sure there’s gonna be a Led tour, firstly because this is a pretty old interview, relative to the date it was conducted, secondly because Jimmy says so and thirdly because Robert’s kinda in the habit of letting people off. Remember when he denied any possible Led reforming idea and humorously stating “If there was one, then there wouldn’t be enough doctors to support it!”. Apparently there were enough.