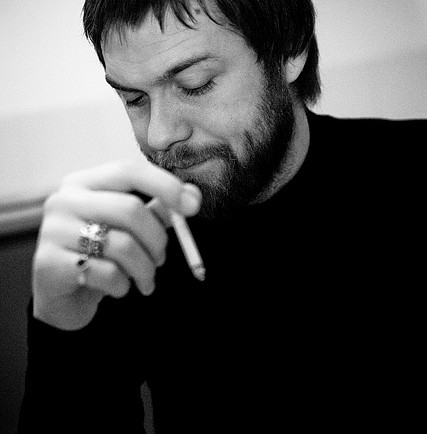 Tom Meighan, for those of you who may not know, is the explicit and unreserved frontman of UK alternative/ indie rock outfit Kasabian – a band that, for those of us who know well, like to say a thing or two about the state of our society.

Meighan’s latest diatribe has come in the form of an attack on the most powerful outspoken voice of the modern world – the internet. According to the singer, the world-wide web is single-handily responsible for the death of the “rock star”. But Meighan didn’t stop there, going on to point his finger squarely at blogging sites – so I guess we could take that as a direct hit?

Well no, it wasn’t so much that we-innocent fan blogs were killing off are beloved musical heroes, but more the fact that celebrities’ own websites, blogs and tweet posts, were destroying the ‘myth’ of the rock star. As reported on NME, Meighan stated that “it’s not like what it used to be like in rock ‘n’ roll. In the 60s and 70s you had the likes of David Bowie and Marc Bolan, and then in the 80s you even had shit acts that were rock stars.”

It is true to say that it’s not like what it used to be (but then again nothing ever is). The internet has certainly changed the face of music, both as a business and a cultural entity; now that the world is consumed in the flood of cyber-information, there is little, if anything left, for our shrinking imaginations to invent. Meighan added, “You know when you used to buy the records and there was the myth behind them? There’s too much on blogs now and I think it’s killed it off. Nobody’s surprised by an interview anymore or anything.”

Here, the man could well be on to something: impressionable youth has always idolised its heroes – and often to irrational extremes if we think of Beatlemania or the * Factor – and now that there are “so many rock stars writing these self pitying blogs”, which have “taken away the spirit of rock n’ roll”, as Meighan likes to put it, we have nothing left to wonder anymore – no more mystique-cloaked rock gods to worship.
Granted this is no new argument, but if we measure recent statistics from the music industry’s big players, we can see that all this over-exposure is definitely having more of an effect on the rock star’s salary. We are all too aware that the internet and new media technology has given rise to more and more new musical acts being advertised at us on a daily basis, and with less airplay time, tighter royalty streams and more choice for the consumer, rock stars are working a lot harder to make a buck.

Now that hard-copy music formats have been replaced by virtual entities, big album sales and, in turn, big rock stars, are becoming a thing of the past. Last Wednesday (17th Feb), the Recording Industry Association of America (RIAA) – the organisation which collects royalties and represents record labels in the US – released figures listing the biggest US Gold and Platinum albums of the last ten years.

What was most noticeable is that the vast majority of acts listed – Outkast, Norah Jones and Linkin Park to name a few – all received their platinum status at the beginning of the decade (more recent stars reached the platinum mark through downloads and other avenues). While the organisations, coveted ‘Diamond’ award – introduced in 1999 to mark sales over 10 million – has not been met since 2005, when the Beatles (not exactly at the peak of their playing career) earned their fifth Diamond title.

So Meighan may have a point; not only is there no myth, but there is not much devotion from the fans either. Why buy the album, the artwork, the merchandise, the fanzine, when it is all advertised and freely available online?