A few months ago an announcement at [tag]Bjork[/tag]’s website opened a ‘YouTube like’ video contest for the Islandic diva’s track “Innocence” of the recent “Volta” LP. 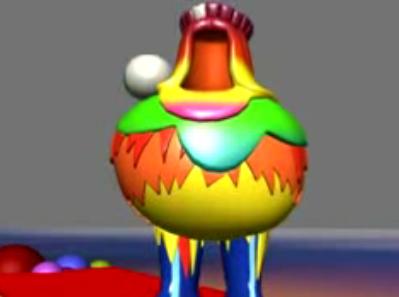 Anyone could enter and if their video was good enough, would have the chance to work with one of the most renowned artists at present date. To facilitate their work, the amateur directors had been given a .pdf with the song’s lyrics, a few photos with the Volta sculpture from the album’s artcover, and a 3D model for the more tech-wised. The deadline is already over, so if this is the first time you hear about this and you were enthusiastic about it; tough luck. Anyway Bjork has picked the 10 finalists, out of a whooping 500 entries and the videos will be all uploaded on the website on Friday, voting for the best one starts from the same day, while the winner will be announced at midnight on August 7th.

For now only 4 out of the 10 videos have been uploaded, you can seem them here.