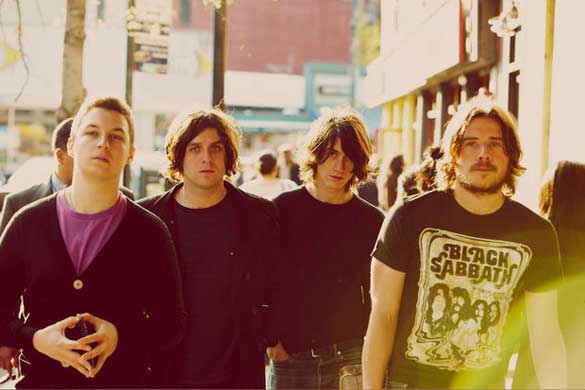 “My Propeller“, the 3rd single off Arctic Monkeys‘ latest album, the 2009 released “Humbug“, will get released next Tuesday. Until then though, I came across the B-side for the single, a brand new AM song titled “The Afternoon’s Hat“. I really like the somewhat nouvelle direction the band have taken with their new album, embracing a more confident and mature sound. Thank you very much, Josh Homme! [mp3 props to We All Want Someone to Shout For]