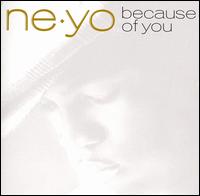 The first album called In My Own Words was a major hit and it launched the singer into the big world; it was a a number one album supported by two Top Ten singles and a third that peaked in the Top 20. Working for others like for [tag]Rihanna[/tag]’s Top Ten “Unfaithful” and [tag]Beyonce[/tag]’s number one “Irreplaceable” kept his profile there.

This album shows that he still has quality material to spare and shows the talent of the singer/songwriter/producer who needed a little after a year after his debut to deliver something new. He is also helped by others such as the Norwegian StarGate team (his partners on “So Sick,” “Sexy Love,” “Unfaithful,” and “Irreplaceable”) and Ron Feemster, the key to the album’s potency and freshness is its differences from In My Own Words.

The beat is much more sophisticated yet it remains youthful and it is evident that Ne-Yo has thoroughly absorbed Michael Jackson and Rod Temperton’s rich vocal arrangements on Off the Wall. The closing quarter fulfills the contemporary ballad quota, but the preceding quarter provides imaginative and surprisingly adventurous arrangements, as well as some of the nastiest hooks and goes far away from what used to be the edge.

The track “Sex with My Ex” is somewhere between Prince’s “Delirious” and Diddy’s “Last Night,” its hard beat and synthesizer rays twisted into knots. The young new kid has evolved and he is worthy to be the heir to R. Kelly. He made it to the top and wrote several hits for other people than himself. The producer is [tag]Jay-Z[/tag] and he seems to know exactly what he has on his hands: on “Crazy,” he completes his verse within the first 30 seconds, allowing his R&B franchise star to take over with no interruptions. The urban style is catchy and the newfound swagger is just as convincing as the planet’s most popular entertainers.