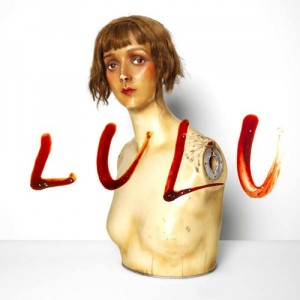 The Halloween release date is appropriate: Here, the ‘Frisco boys are pretending to be a metal-ized Velvet Underground.  Having tried everything across this record to filter “Heroin” through their ’80s thrash, their ’90s blues-based hard rock and their 2000’s attempt at a return-to-form, they clearly want to be the ’60s legends so, so badly.  But guess what?  Getting Reed to sing on your record doesn’t make your band VU mk. II.

But that doesn’t stop Metallica from encircling him with 87 (!) minutes of impotent riffs (paired with the occasional acoustic dirge) and confused drumming in an attempt to make Reed more coherent.  Huh?  If their idea was to create music to fit dementia (or, perhaps, Reed’s impending Alzheimer’s), then they’ve succeeded.  As for his lyrics (which Lars called “ten great sets“), well…they’re stupid.  Like, obscenely stupid.  It opens with “I would cut my legs and tits off/ When I think of Boris Karloff and Kinski/ in the dark of the moon.”  It only goes downhill from there.  His words read like a man on the verge of schizophrenia ranting to beings only he can see.

So: This is the result of the difference between being experimental and trying to be experimental.  It’s an exercise in maximal minimalism.  That is to say, there’s little offered in the way of music or lyrics, but it’s played at full intensity, mixed for absolute impact and packaged as a two-headed behemoth hydra clusterfuck.  In short, it’s Lou Reed and Metallica making music together.