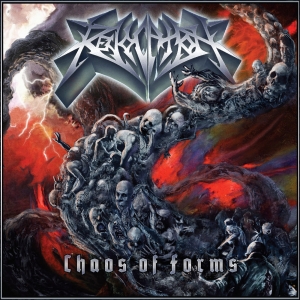 Usually metal bands start off simple and build in complexity.  Apparently Revocation didn’t get that memo.  They’ve stripped away all the progressive wankery of Existence is Futile and made a lean monster of a modern thrash record.  The slow-fast start-stop solo action in “Cradle Robber” recalls heyday Metallica.    The riffs are catchy and satisfying (especially “Robber” and “No Funeral”), and the songs are well-constructed.   More importantly, though, they’re memorable – something that’s severely lacking in modern (extreme) metal.  But the best thing about Chaos?  David Davidson is the most exciting guitarist in metal.  The man attacks his six-string with all the glee-fueled wrath of a kid opening Christmas presents.  He shreds, he jams, he funks, he soars.  Oh yeah, the rhythm section ain’t too bad, either.  Don’t call Revocation the next anything ’cause they’re in their own league.