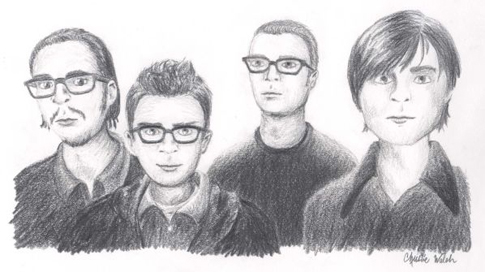 Ok, we admit, we got rick rolled. Apparently the highly publicized albumsix.com website that has sprung up news alleging [tag]Weezer[/tag] will be releasing its sixth album, is all a big lie, hoax, banana oil, bunco, con or plain old bull****. The dudes behind the website admitted they never believed things would go so far and expected the band’s official to close their mouths, but nothing happened. A few days ago they debunked Weezer’s new album, together with its false title Tout Ensemble and false schedule on April 22.

“Weezer and Geffen Records have no affiliation with www.albumsix.com. The new Weezer record is not called “Tout Ensemble” and there is no official release date yet for the album.” – Rivers Cuomo, Weezer

Ouch! There’s really nothing more embarrassing for journalists then a chain of false information, if it’s about something big like a new Weezer album, then it can turn into a total domino catastrophe. Still this doesn’t mean that there isn’t really any sixth Weezer album in the works, as mister Cuomo kindly puts it “there’s no official release date.” Think twice before posting guys, goes double for me too.