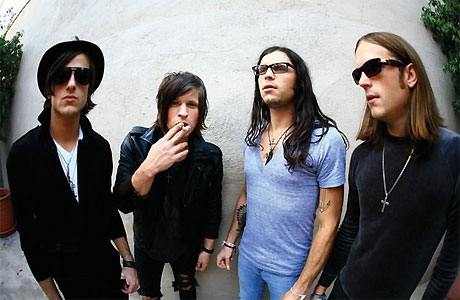 Ah, the kings are back. No, not Elvis impersonators (the ’80s are long gone, thank God!), but fellow Tennesse southern rockers [tag]Kings of Leon[/tag], with a new album eaching to see the light of day, and a new single to match it too. “Crawl” is the name of the first song released by KoL (as a free MP3 actually, on their website) off the upcoming album, Only by the Night, built in the manner of the band’s previous smashing hits, packed with a cuzzy, bass heavy brand of Southern Rock. Infectious low bass lines, dizzy drumming and Caleb’s moaning vocals makes this an awesome song and a great teaser for great things to come.

Barely a year after releasing their masterful third album, Because of The Times, the Followill brothers are set to release Only by the Night on September 23 via RCA, so mark your calender boys and girls!