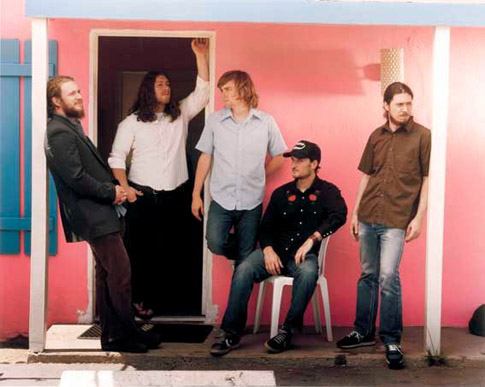 For the last few days, I’ve been franticly spinning the new [tag]My Morning Jacket[/tag] record, “Evil Urges.” It’s really tight and very well put together, but above all it’s a lot different then anything they’ve put out. I don’t like to hear the same thing over and over again, and I’m really glad the band have decided to evolve in sounds. I was especially surprised by the new adopted direction, mixing both old school elements and prog rock aspects. It’s not that accessible and packed with hooks as “Z” was, but it’s truly good, it just needs some time to grow on you. The album is out now via ATO Records, it’s highlight is the title track, “Evil Urges,” a slow, heartfelt song, which knows how to throw a punch too.