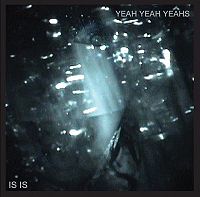 New York based indie trio [tag]Yeah Yeah Yeahs[/tag] are set to release their third EP: Is Is. The EP contains 5 brand new tracks and will be released on the 24th of July, via Fontana Interscope.

The songs from the EP were written in 2004, during their Fever to Tell tour. The producer appointed by the band is Nick Launay (producer of Silverchair, Taking Heads). Vocalist Karen O had this to add about their choice for producer: “Nick Launay was the natural choice having produced PIL Flowers of Romance, collectively a favorite between us. I put that record on and want to stuff my mouth with raw hamburger meat.”

The EP will also contain film footage with the YYYs live shows in Grasslands Gallery in Brooklyn on May 7, where they played the tracks from the record.

The EP will be available on CD, double gatefold 7” vinyl, single track download and digital bundle in addition to a special USB stick. All formats will carry all 5 tracks, making this a special, non chart-eligible, release.