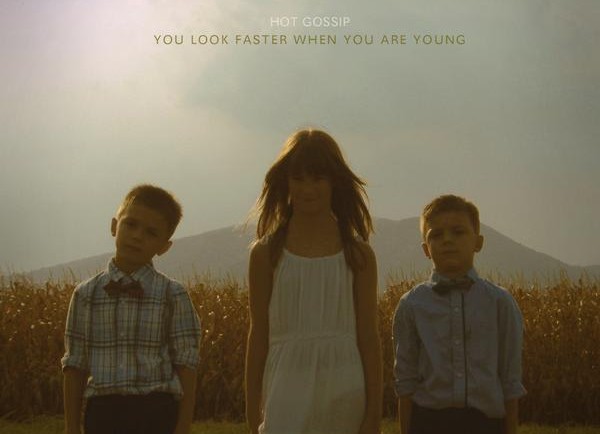 I feel a bit guilty for doing this review. Mostly because it’s picking on a very easy target, and also because I listened to it in the same week I heard two genuinely brilliant new albums it couldn’t possibly hope to live up to (The Yeah Yeah Yeahs and Booker T, serfs!). So, in my delusion-filled head, it’s a bit like I’m the schoolyard bully, repeatedly punching the gaunt, nerdy kid in the stomach, while two of my cronies hold him down by the arms – it makes me feel like what I’m doing is somehow indecent, wrong, or just plain mean. Or all of the above.

On the other hand, I feel absolutely justified in delivering every last blow to its defenceless abdomen, because You Look Faster… is unremittingly rubbish, packed to its insufferable brim with irredeemably generic, spiky-bouncy-poxy guitar lines, and ostensibly perky vocals that slowly reveal themselves to be utterly lifeless. In fact, the entire record is full of that kind of blunted energy, like they wanted to seem vigorous and fun, but they’re all secretly dead on the inside, and have been brought back to life by some sort of awful, pointless sorcery. Unfortunately, the illusion of life quickly falls away before your very eyes, like a magician’s assistant gleefully celebrating how we all thought she’d actually been sawn in half, only for her torso to collapse to the ground, cleanly cleft from her pelvis. And by the time the album draws to a close, you’ll be wishing Hot Gossip would just retreat to whatever sarcophogus they’ve been awoken from, and go back to eternally resting or the afterlife or whatever.

This kind of arty-party-punky-poppy music lives and dies on its hooks, and Hot Gossip forgot to include any here – the songs trudge past you like the most useless identity parade of all time, without a single memorable face among the lot of them. It bears passing similarity to bands like The Libertines or Franz Ferdinand, but doesn’t manage to live up to even a fraction of those bands’ overhyped quality – it’s an aesthetic, skin-deep resemblance; one that crumbles almost instantly as you pick at its dry, scabby face to reveal the bleak nothingness underneath.

It reaches vainly for an interesting noise once or twice – most notably on “What We Are” and “Cops With Telephones” – but it’s akin to a blind man mining with a feather duster: they’re never in danger of striking gold. They even manage to be the most actively irritating band in the world for a few minutes on album closer, “Father”, with its utterly repugnant, interminable lalalalalalala backing vocals. More often than not, though, it simply comes off as the inept bumblings of a band who heard some Clash and some Buzzcocks, tried to imitate the bits they liked, but forgot to notice everything that made The Clash and The Buzzcocks good.

Of course, in reality, it could be a lot worse. Singer/guitarist Giulio Calvino never tries for the “heroin messiah” nonsense that Pete Doherty rode to fame on, and there’s never the air of unbearable pomposity that pervades every single goddamn song Franz Ferdinand ever recorded. But they never fill that void with anything positive either, leaving a gaping maw at the centre of the record where a discernible personality should be.

Look: in a month where U2 underwent a not-really-a-reinvention, Chris Cornell trod clumsily all over his own brain, Fever Ray creeped everyone out, and three-quarters of bloody Soundgarden reunited on-stage – with Tom Morello no less – there is absolutely no reason for this album to garner even the slightest bit of attention, or even exist. Gah.