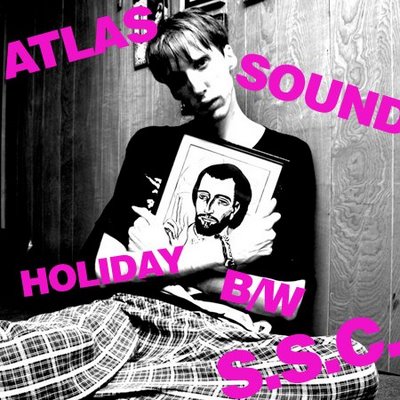 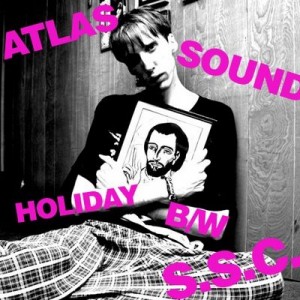 Props to Bradford Cox (Atlas Sound) of Deerhunter, again. The man seems to write songs as often as I change socks, which is not often enough, apparently. Anyway, he just released another “7 virtual vinyl (No. 4) over at his blog.

Here I found a little gem of song, called “Holiday.” The song’s far from a summer pop anthem, instead it features dark, gloomy lyrics, then, put together with the mellow music, make a very nostalgic experience.

In related news, in what can possibly named a moment of insanity, Bradford accidently left his Mediafire account unprotected, which lead to some kid living off the intewebs to leak Atlas Sound’s upcoming Logos LP, as well as Deerhunter’s Weird Era Cont., which was the “surprise” that Cox hinted would be included with the physical release of Microcastle (the latest Deerhunter LP). The dude also, apparently, stole some childhood picks off of Bradford as well. Talk about a weekend, he?

What’s sad is that Bradford said he’s gonna scrape the whole Logos project altogether, saying in a now deleted blog posts (he’s in the habit of censoring his own stuff lately) “Fuck this shit. I can just make another album. It’s not finished and now it never will be.”