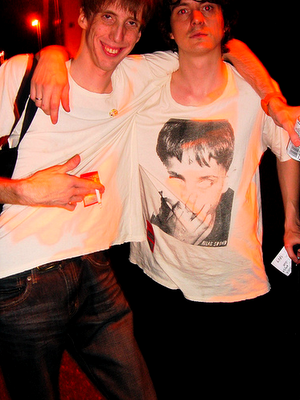 This is maybe one of the best summer jams I’ve heard in ages! Seems like the influence of Noah Lennox (Panda Bear), and both the time Bradford Cox spent with Animal Collective on tour in Europe, played an enormous role on “Walkabout,” this brilliant collective effort. It’s a welcomed departure from Cox’s murky and at times all too personal previous material. Warm and filled with hope, it’s a song that will make the summer a tad more lazier and eery.

Off the upcoming new Atlas Sound album Logos out October 20 via Kranky Records.