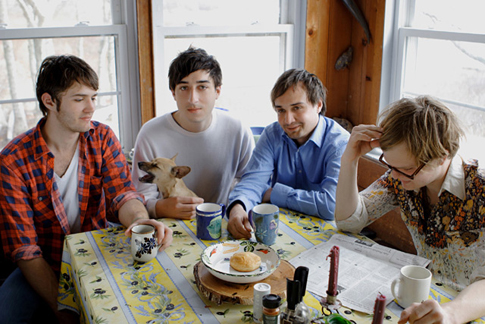 The Brooklyn based quartet hooked me from the very start with their dazzling combination of harmonies, experimental hooks and various myriad of sounds. Grizzly Bear’s sophomore album, however, swept any past perceptions I had of the band and simply blew me away with its awesomeness. Yesterday the band paid a visit to the KCRW studios, as part of the “Morning Becomes Eclectic” show. Here GB played a few live songs from Yellow House and Friends EP, but also a brand new song too called “While You Wait For The Others,” a very powerful and haunting song. The track was played before, in previous concerts, but until yesterday it remained unnamed. The whole show from yesterday was videotaped and can be viewed or streamed at KCRW, while a MP3 of While You Wait For The Others can be downloaded bellow. (via DIE)