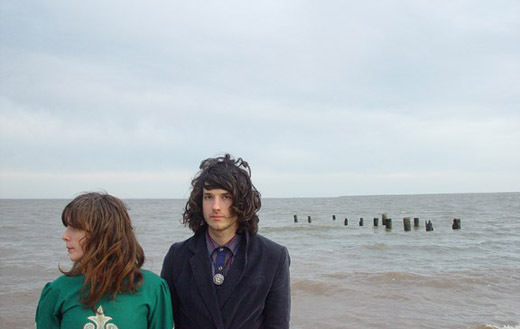 Although Beach House‘s new record, “Teen Dream“, is slated for a January 25th official release, last week  the record leaked all over the web, and guys let me tell you it’s simply brilliant. It’s so deeply warm and sounds so very sincere, that it’s impossible to resist the record’s invitation to roll back and go to a place far, far away from it all. I swear the Baltimore duo is getting better and better with each record, maturing and progressing at an alarming rate. By all accounts, though, Beach House is yet to have reached the pinnacle of its indie pop sound, and I can only speculate on what the band will have in stored for us in the coming years.

The first single off Teen Dream is “Norway”, one of the best songs the band has ever released. It opens up with a woozy organ and well balanced drum hits, before Victoria Legrand drops in and everything explodes into a cascade of perfectly pitched vocals and dreamy guitar line. Again, Teen Dream is officially out January 25th via Sub Pop Records, so if you enjoy the record as much as I do, consider supporting the artists and buy it.

On another note, Beach House has been extensively touring with Grizzly Bear this summer and the band won’t stop here either, as they’ll be heading for an all European tour in the coming year through out the months of February and march, with stops in Spain, Germany, England, France, Belgium and more. Details regarding dates and venues are posted on the band’s myspace.