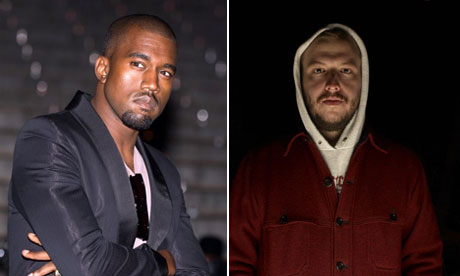 I never thought Kanye West and Bon Iver can be pronounced together in a sentence, let alone a song. Seems like discrepancies and unlikely collaborations make up for a unexpectedly solid track – Lost in The World, a Kanye West production that heavily samples Justin Vernon’s 2008 eery autotune Woods. Yeah, you probably expected something like Justin spitting rhymes in the mic side by side with Kanye, but aside from it looking extremely awkward, that wasn’t the case. What Kanye did with the song however can be easily labeled as remarkable, turning the track upside down in the most positive manner of speaking. As much as I don’t like Kanye as a person, I absolutely have to give credit to his production value, despite I sense an autotune controversy is around the corner. Check Lost in the World below, before of annoying radio tags.

You can download the radio tag free full song here.

“It sounds exactly like how you want it to sound: forward moving, interesting, light-hearted, heavy-hearted, fucking incredible sounding jam,” Vernon said. “It was kind of bare so I added some choir-sounding stuff and then thicked out the samples with my voice. We were just eating breakfast and listening to the song on the speakers and he’s like, ‘Fuck, this is going to be the festival closer.’ I was like, ‘Yeah, cool.’ It kind of freaked me out.” [via p4k]

Read more about Justin Vernon and Kanye West collaborating together at the Guardian, who made a feature post on the two, how they’re so alike, how they smoke up and play basketball together, and have been making music together in Kanye’s Hawaii studio for the past three weeks. Meh, who ever thought, right?