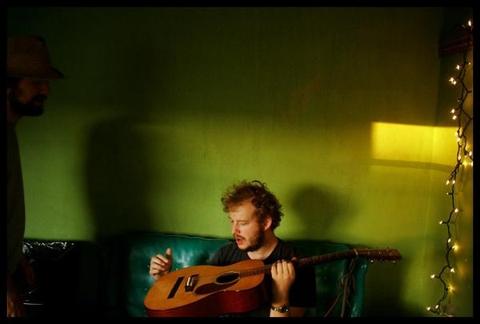 Justin Vernon or Bon Iver, as he’s better known in the indie music community, made a lot of waves, towards the end of last year, with his independently released debut album “For Emma, Forever Ago.” The intense passion and soul of the album can be sensed from the very first listen, probably because it was truly an album centered around a man’s quest for finding himself. Isolation and sorrow are of the album’s themes, probably because it was recorded during Justin’s four month stay in a secluded cabin, in Wisconsin. “The Wolves (Act I and II),” is one, among many, of For Emma…’s songs that have the power to move you, mostly because of the haunting chorus, but now also because of its extremely powerful video. The video features a beautiful winter scenery in the middle of, what’s probably, a Wisconsin forest, in which what seems to be Justin and director Matt(?) making a bonfire, that burns through out day and night. For Emma, Forever Ago has been re-issued by Jagjaguwar on February 19.