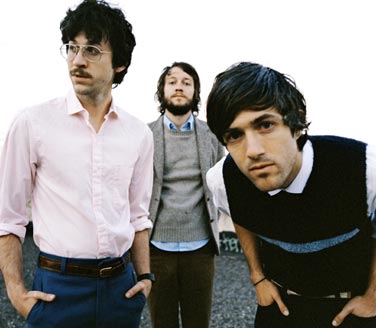 The Californian trio [tag]We Are Scientists[/tag] have released the dates, for their upcoming winter tour in the UK, which will begin in November.

If you’re interested you can buy the tickets begging this Friday, the 29th of june from gigsandtours.com, or if you wan’t to buy them faster you turn to kaiserchiefstickets.co.uk, who’ve started to sell tickets since yesterday.

Till then We Are Scientists aren’t slaking out. They’ve started work on their 6th album, follow up to their successful “With Love And Squalour”, recordings being held in a studio in Sauselito, CA.