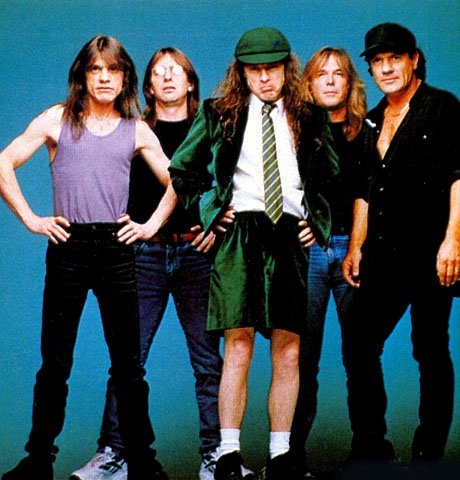 There you have it folks, the first official AC/DC video in a very, very long time is finally out! “Rock N’ Roll Train” is the first single off the Aussie hard rockers’ latest album, “Black Ice,” the first in eight years. As far as the video goes, it seems like it’s been copy/pasted off the rest of the bunch, but we don’t mind it all, because the song simply rocks! You know, it has the same arena rock vibe that all other AC/DC songs have, but with a twist, that je ne sais quoi.

The video itself is made in the same good old fashion AC/DC spirit, with the band playing live on stage in front of a roaring crowd. Actually anything involving Angus Young dressed up like school boy is bound for greatness. ‘Nough said!

Black Ice is out October 21st, after which the band will head out on a North American tour. Those attending AC/DC’s concert will be surprised to find they’ll be experiencing a new paperless ticketing technology for select seats. The paperless tickets will “help ensure fan club members and fans purchasing designated seats will be able to secure tickets at face value,” Ticketmaster said in a statement. Both Tom Waits and Metallica have embraced the new ticketing program, which requires buyers to show identification when arriving at the venue. Anyway, check out the rockin’ video bellow.