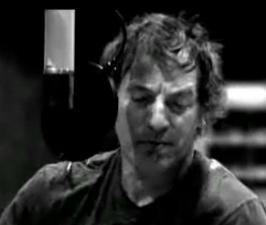 The Boss is ready to put out another solid release, as his 16th studio album, “Working on a Dream,” is set to get out at the beginning of the new year. I really enjoyed Bruce’s last year album, Magic, and thought it made quite an awesome winter record, because it had that Christmas cheer on so many of the tracks. It had a lot of hope and passion, like most of Bruce Springsteen’s records to be fair.

Like the title suggests, this is a very ideological and hopeful record, packed with various messages of new beginnings. Not really a surprise, since Bruce endorsed and toured next to President Barrack Obama, through out his campaign.

Anyway, Bruce just released the video for “My Lucky Day,” the second single off the album, after the title track. Nothing grand, just Bruce and the gang recording in the studio, having fun and rockin’ out. Working on a Dream is out January 27th ’09, via Columbia Records.