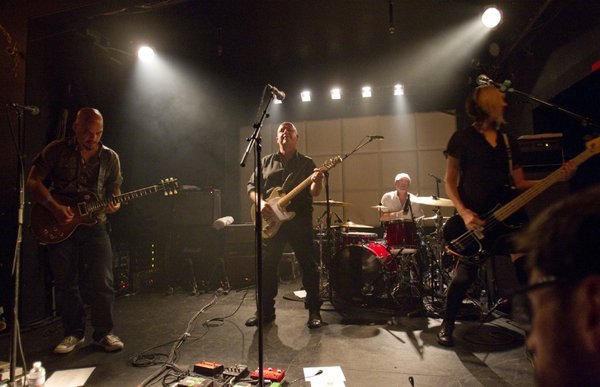 The Pixies are on fire! Just a week after releasing their new video ‘Indie Cindy‘, they performed two brand new songs at a surprise concert ahead of their forthcoming world tour. The two songs are “Blue Eyed Hexe” and “Green and Blues”, and you can see some fan footage of the band performing the songs here.

This was their first live appearance together in almost two years, since November 2011, but fans need not worry: The Pixies will start their world tour on September 9, 2013 at the El Rey Theatre in LA and have recently announced plans for other, more intimate concerts as well. The album they are promoting with the world tour is the first piece of new music we got from them in 22 years!

But it wasn’t all about the new songs – new band members were introduced as well. Kim Shattuck, best known for her work with the Muffs and the Pandoras, has joined lead guitarist Joey Santiago, singer/guitarist Black Francis, and drummer David Lovering to be a part of the Pixies.