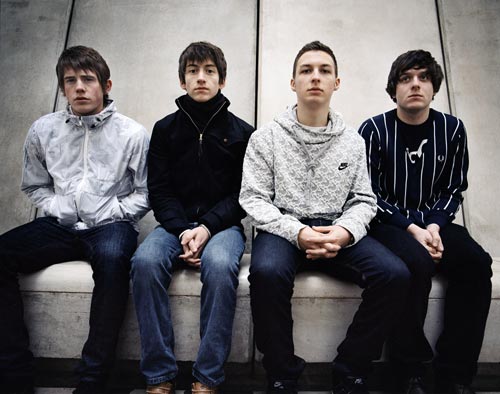 Well we’ve been awaiting for them to make their move for quite a while, but the wait has not been in vain. According to Daily Star, Arctic Monkeys are going to release their third album this year. This would be their third album in just three years, quite a remarkable performance.Alex Turner and co. are believed to be busy recording in their London studio the follow-up to ‘Favourite Worst Nightmare’, which would complete their hattrick. They sure have a lot of work power! If only others would follow their example and quit being lazy, 24 hours per day wouldn’t be enough to write reviews for all the albums!

Here’s what a source said:

“A lot of people were surprised to see Arctics at the Brits as it’s usually the kind of event they steer clear of. The reason they went is because they’ve been down in London working on new material and fancied a night off to relax. Alex is overflowing with song ideas and it’s all going so well they’re looking at releasing an album this year.”

Overflowing with song ideas sounds just great! If even this is not enough for you, then you should know that Alex Turner’s album with The Rascals’ Miles Kane, ‘The Last Shadow Puppets’, hits the shelves on April 21.