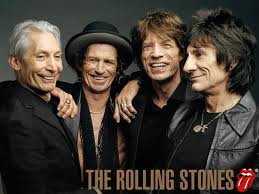 They’ll perform there as part of the British Summer Time festival. Support n the day will come from The Vaccines, The Temper Trap, Gary Clark Jr and King Charles, plus Palma Violets, Tribes, The Boxer Rebellion and more.

This concert marks the first time the Stones have played in Hyde park since 1969, as Mick Jagger explained:

“It’s great to be playing the centre of London in July. it should be a beautiful evening.” Moving on to talk about the last time the band played Hyde Park, when he performed wearing a white dress, Jagger continued: “It was a free concert, Brian Jones had recently died. There were a lot of nerves, it was a crazy thing to do. In the end it was a landmark concert. I tend to choose my dresses at the last minute. I can still get into it, I’m not worried about that bit.”

In addition to the UK date, the band announced a series of other shows: