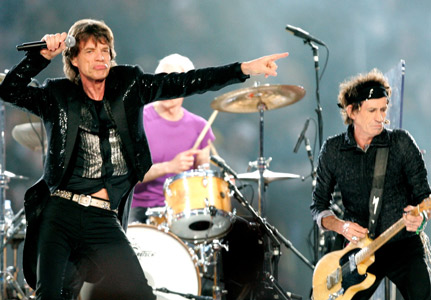 The Rolling Stones have announced plans to play the Barclays Center in Brooklyn, New York on December 8.

The show will come after the iconic band’s gigs at London’s O2 Arena on November 25 and 29, and before their previously announced shows in New Jersey at the Prudential Center in Newark on December 13 and 15. Tickets go on sale on November 19.

There’s been a lot of discussion about the 100 pound tickets (over $150 dollars), but the band argues they have major expenses, and it’s not really a rip-off. Mick Jagger explained:

“You might say, ‘The tickets are too expensive’ – well, it’s a very expensive show to put on, just to do four shows, because normally you do a hundred shows and you’d have the same expenses.”

That’s a bit of an exaggeration, I don’t really recall a tour with hundreds of shows, but he does have a point. The staff is about the same size for a 4 show tour a a 100 show tour.

“So, yes, it’s expensive. But most of the tickets go for a higher price than we’ve sold them for, so you can see the market is there. We don’t participate in the profit. If a ticket costs 250 quid, let’s imagine, and goes for 1,000 quid, I just want to point out that we don’t get that difference.”, he continued