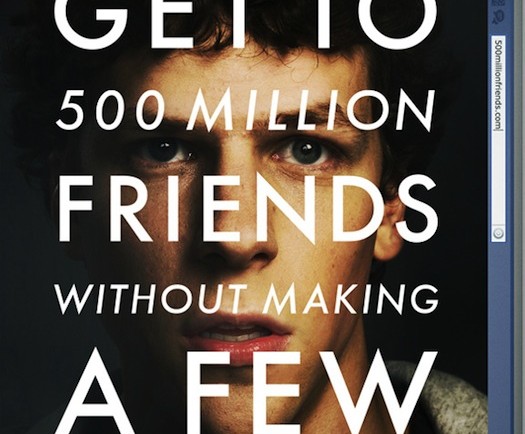 Staring Jesse Eisenberg as Mark Zuckerberg - perfect seeing how they both name's end in 'berg'. 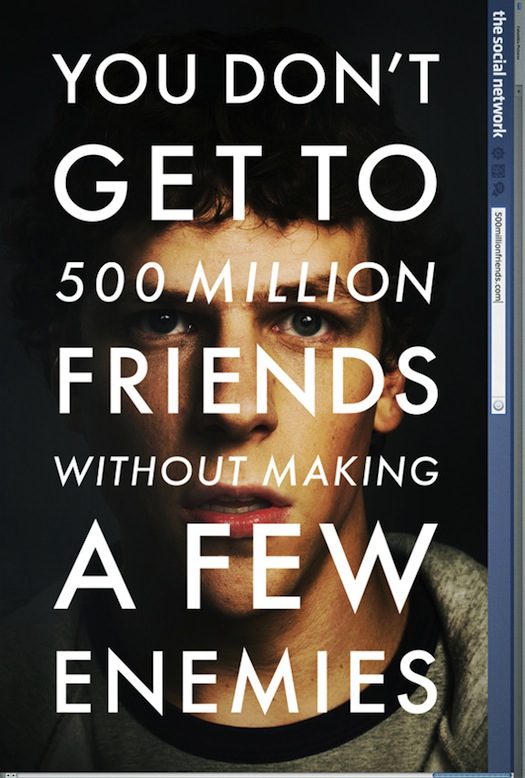 Everybody has a facebook profile, some actually spend 12+ hours on it every day (we all know at least someone in this situation), heck a few people have even become billionaires thanks to this … social phenomenon. Guess I shouldn’t be so shocked then that someone thought about making a movie about facebook, about the story behind it’s founding to be more exact.Yeah, I give you The Social Network.

The movie was directed by David Fincher (Fight Club), based upon the book “The Accidental Billionaires: The Founding Of Facebook, A Tale of Sex, Money, Genius, and Betrayal” (this sounds a bit dramatic, considering we’re talking about a bunch of computer nerds here) which profiles the rise of Mark Zuckerberg and his Facebook empire. The movie will star Jesse Eisenberg as Mark Zuckerberg (yeah, the dude from Zombieland) as well as Justin Timberlake as Sean Parker.

“You don’t get to 500 million friends without making a few friends”… common?! We’ve got the premise for a monstrous disaster of a movie, but considering the people involved in the movie, I’m having second thoughts myself. One of the people involved in the film is NIN’s Trent Reznor who alongside his long bud’ Atticus Ross have written the score for David Fincher’s latest flick, as the man himself reports on NIN.com.

David Fincher started inquiring about my interest in scoring his upcoming film, The Social Network. Yeah, the movie about the founding of Facebook. I’ve always loved David’s work but quite honestly I wondered what would draw him to tell that story. When I actually read the script and realized what he was up to, I said goodbye to that free time I had planned. Atticus Ross and I have been on a creative roll so I asked him if he wanted to work on this with me and we signed on.

Months later, I’m happy to tell you we’re nearing the completion of this and I couldn’t be happier with how it’s turned out. The level of excellence that David operates on is inspiring and the entire process has been challenging and truly enjoyable.

As Atticus and I near the end of the scoring process, we’re looking forward to the next phase – distilling the large amount of music we’ve written for this down to a satisfying record (or two). The film opens Oct 1 in the US with the record likely available a couple of weeks ahead of that.

Speaking of the film… it’s really fucking good. And dark!

Trent’s gotta be up to something, but there’s nothing we can do until the movie’s official release date on October 1st, except rant some more. I’ll leave you guys to that in the comment section, though. Check out the trailer below.