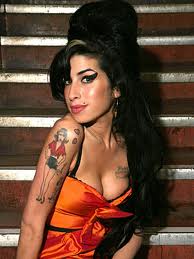 UPDATE: September 14, 2011: According to her family, no illegal substances were found in Winehouse’s body after the toxicology report.

At just 27 years of age, Amy Winehouse, the soulful singer/songwriter who brought you such hits as “Rehab” and “You Know I’m No Good”, was found dead this morning of a (not yet confirmed) drug overdose at her home in London.

For a long while, Winehouse had noticeably been fighting an intense battle with hard drugs…if she had even been fighting at all. For the most part, Winehouse seemed adamant in her pursuit to not kick her habits. After hearing the first few lines in “Rehab”, off of album Back to Black (a clever play on AC/DC‘s comeback hit Back in Black), “They tried to make me go to Rehab, but I said ‘no, no, no,”, one could even go so far as to find that the eccentric 5’2” songbird felt drugs were an aspect of her overall image.

In truth, her image didn’t need much more boosting; with her “secret weapon” (the beehive towering above her head) and the dark, winged mascara painted around her eyes, the British artist had already created a larger-than-life in persona. With her range-oriented, lounge-esque voice, and her willingness to experiment with aesthetically risque  styles of dress, the R&B diva casted a large shadow over many others in her genre.

It seems that Winehouse has unknowingly added herself to a strange and unfortunate continuum of other eccentric, deceased musicians; as it stands, Jimi Hendrix, Janis Joplin, and Jim Morrison, respectively, fell at the same (young) age of 27, and for the very same reason.

Police aren’t completely sure of her cause-of-death yet, but many sources have acknowledged the obvious choice already; should it turn out to officially be a different cause, I will personally apologize and update this article immediately.

All in all, Amy Winehouse should be remembered for her commendable musical skill and lyrical savvy, not for the unfortunate path she went down in the world of hard drugs.

Rest in peace, Miss Winehouse; your talent will not be forgotten.

A hashtag has been formed for Amy on Twitter; to join in the remembrance, simply tag your post #RIPAMY.