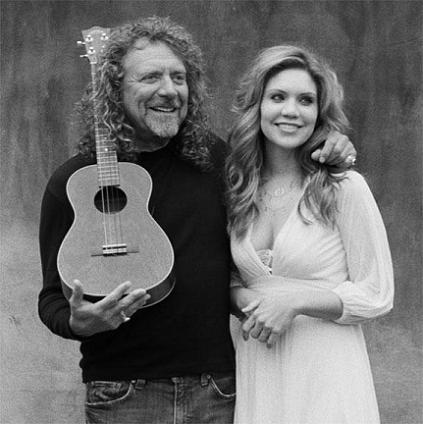 "Who need Led Zeppelin when you've got an ukulele and ass."

"Who needs Led Zeppelin when you've got an ukulele and ass."

This whole Led Zeppelin reunion thing is getting as much annoying as it is frustrating, but I think the whole thing is close to an end, finally. I mean, at least it seems so, anyway.

Speaking to BBC’s Radio Devon, the band’s bassist John Paul Jones revealed that indeed Led Zeppelin is trying out new vocalist to replace Plant, after the later ruled himself out of any possible reunion. The last time the band played together was at last year’s stellar O2 gig, when the surviving trio (John Paul Jones, Jimmy Page and Robert Plant), together with John Bonham’s son, drummer Jason Bonham, gave out an amazing performance.

“We are trying out a couple of singers.

“We want to do it. It’s sounding great and we want to get on and get out there.”

So, yeah, all evidence leads to a Led Zeppelin tour very soon, but whom shall replace Robert Plant? A few weeks ago Plat said, on his website, that he absolutely no intentions of reforming or touring with Led Zeppelin, for the next few years at least, as he just finished a tiresome tour together with Alison Krauss. In fact, in the same interview, John Paul Jones said that him, together with Jimmy and Jason aren’t looking for another Plant. They don’t Led Zeppelin to become its own tribute band, as he very put it.

“It’s got to be right. There’s no point in just finding another Robert.

“There would be a record and a tour, but everyone has to be on board.”

Read that last line? Hell yeah! What’s interesting though is if they’ll make a new record without Robert Plant, while also considering they don’t want to become their own ‘tribute band,’ could mean that Led Zeppelin might roll out a totally different album, with a different sound. Very interesting, although I’m afraid the measly ambitions of a bunch of old men could ruin a legend. We’ll live and we’ll see.

For now, all voices are pointing out towards the Alter Bridge frontman, Myles Kennedy, as the next Led singer. Bellow you can check out an awesome cover of Kashmir by Alter Bridge, with Myles rocking the shit of it. I’ll leave the discussions open.