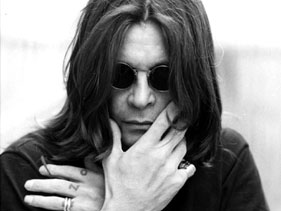 The Prince of Darkness, as he’s known, [tag]Ozzy Osborne[/tag] was selected as to be the first artist to be featured on Birmigham‘s Broad Street, a British version of the famous Hollywood Walk of Fame.

Deeply touched, after being presented with the honor by Birmigham’s Lord Mayor, Ozzy said:

“I am really honoured”

“All my family is here and I thank everyone for this reception – I’m absolutely knocked out.” 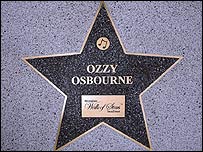 Bill Bohanna, one of the people in charge with the project, had this to add:

“We are really delighted because he feels it’s an honour, which is good.”

“We feel it’s an honour and it’s representing Birmingham. He’s a Birmingham lad and he’s done rather well for himself.”

The star hasn’t yet been placed on Broad Street, it will be added in the pavement as soon as Ozzy finishes his concert at the National Indoor Arena. The former [tag]Black Sabbath[/tag] frontman also said this means more than his addition on the Hollywood Walk of Fame star, on which he was featured in 2002.