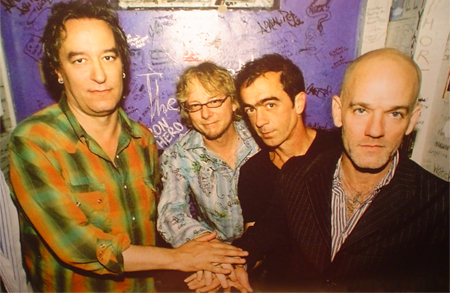 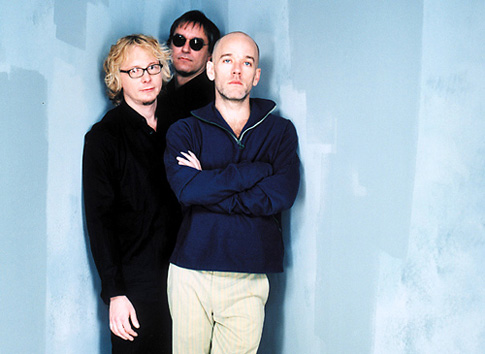 The legendary Athenian alt-rock trio of [tag]R.E.M.[/tag] have recently announced the title and release date of their forthcoming 14th LP. According to Billboard the album, recorded in Vancouver and Dublin and produced by Jacknife Lee, will be titled “Accelerate“, and should be out on April 1. Those of you who may still feel the bitter taste of R.E.M’s lethargic rhythm in the band’s previous album Around The Sun, can somewhat stay at ease, as the band promises the new Accelerate songs to be fast and wild or as manager Bertis Downs like to put it: real “rockers”.Say for a few songs, I’ve been a bit disapointed in the band’s recent work, so if their new album is half of what they used to put out in the mid 90’s, I’ll be more then happy.

A official tracklist hasn’t yet surfaced, but the band named a few familiar songs that would be featured on Accelerate. Most of the album’s material has been featured in live gigs, mostly during their summer performance at Dublin, where a lot of the songs where tested. Some songs were spared of any concert demoing, so we should at least be in for a few surprises, hopefully pleasant.

“I feel like there’s a confidence in the material, and a communication between the three of us that hasn’t been there for some time,” frontman Michael Stipe told Uncut. “We didn’t talk to each other for a couple of records — as friends or as bandmates. And we reached a point before this LP where we just sat down at a table and hashed it out.”

Here’s a list of confirmed and rumored songs that made the cut for R.E.M’s 14th LP.

The band’s launched a new website too, to go with the new album, that you can check out at NinetyNights.com. Here, from what I’ve managed to tell, there will be a new 30-60 seconds video, every day for the next ninety days, until Accelerate gets released. Pretty neat idea. In other related new R.E.M. are set to tour extensively this spring, but dates and venues are yet to have been released, except for the only lone confirmed Langerado Festival, which runs March 6-9 in Big Cypress, Fla.